"Ben's Day" is simply a rhyming, fun glance at the imaginative activities of a young boy on his first day of summer. Ben's an only-child, and never encounters other kids in his adventures – instead he takes on the day accompanied only by his dog pal, Fred. The action is linear, fast-paced, and the activities are for the most part non-segued. Ben's willing motivations take him from one activity to the next, in the absence of television, cell phone, and video/computer games. It's an 'old-school' day of imagination and play! Obviously Ben is never bored, as he plows through his fun-filled day. For ages 3 to 9. 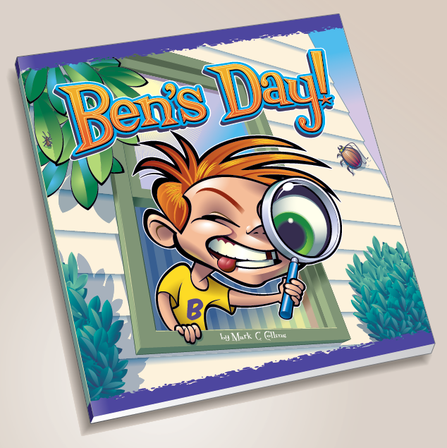